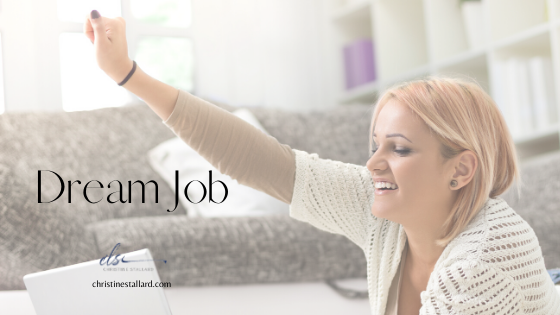 I’m so grateful I’m able to design my work week. Yeah, it wasn’t always that way. In fact, for most of my life in the corporate world, I traded time for money and that meant I had to be in a certain place for a certain amount of time.

I thought it was my dream job, but I know now that it wasn’t. I came across a couple of surveys that make me believe I’m not alone.

That really doesn’t surprise me. If you’ve dug into the differences between generations at all, you can see why the results of this survey ring true. For example, the Traditionalists have a strong work ethic and are extremely loyal to and trust their employers and their organization. The Baby Boomers also have a strong work ethic and are loyal to their employers and their career paths. They also often live to work. Both generations tend to choose a career path and stick with it, some until the time they retire.

But, the Generation X and Millennials are different. Perhaps the major difference is that these two generations work to live. They are more independent and less likely to have an attachment to an employer or organization. Work is just a job, so they are more apt to move from job to job. And, they do it easily. And, retirement? They are most likely the ones who retire early, change careers or take a sabbatical before settling in on a new chapter.

These younger generations haven’t found their dream jobs yet. But, I believe they will. For right now, they’re content to go to work, socialize but get the job done (and done right) and spend time with friends and family after 5pm.

But, here’s what’s interesting. The 22 percent still looking for their dream job also say that owning your own business is the most desired job in America. And, a 2019 survey by Bankrate indicates that nearly 50 percent of all Americans have some sort of a side gig.

It appears people across all generations have side gigs for many different reasons, but interestingly enough, Millennials are more likely than older Americans to say they have a side gig because they want to save more money. One theory is its because they saw what happened to their family during the last recession and they want to be better prepared for economic downturns.

But, it’s not just about economics. Having a side hustle gives workers room to explore personal passions and hobbies, too. In fact, 27 percent of workers say they’re more passionate about their side gig than their primary job or career. I like to think these side gigs are helping Americans transition into a dream job with less stress and less worry about money.

It’s how entrepreneurs are born. In today’s environment, the need for work place flexibility and increasing interest in working from home, a side gig is a great option. If you have an entrepreneurial spirit, now may be your time — to dive in with both feet or stick a couple of toes in and follow your passion. And, if I haven’t taken the time to share with you what I’m doing, shame on me. It might just be what you’re looking for. If you think it might be, let me know. I’m happy to have a conversation.